by Mark
A key milestone was quietly passed in the last month as Edmiston Jones clicked over 30 years of business. It was in September 1986 that I purchased the architectural practice from my then employer, Sydney based, Robin Edmiston and Associates. My adventure in architecture on the NSW South Coast actually began in 1980 when, as a second year graduate, I opened an office in Nowra for Robin Edmiston. A small team of technicians and architectural graduates gradually grew to half a dozen people when I took over the business six years later. [caption id="attachment_2790" align="aligncenter" width="997"] 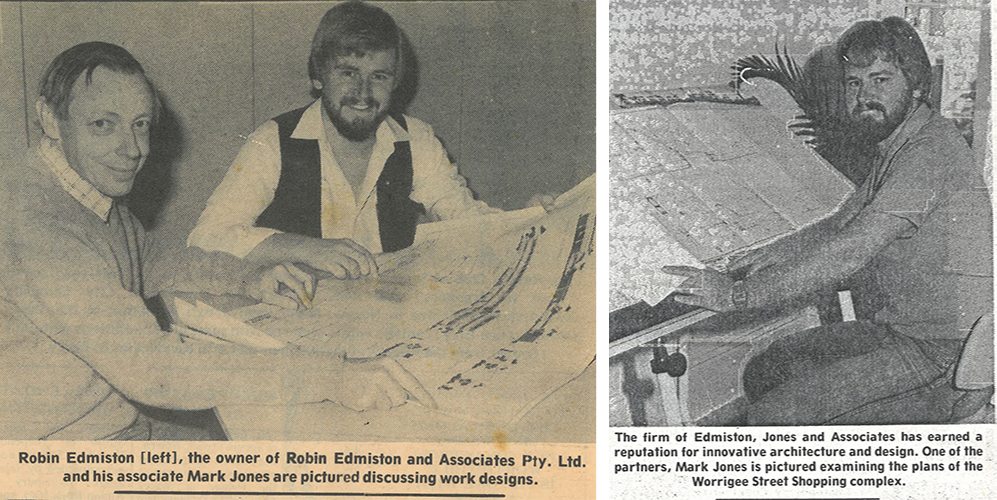 June 16, 1982 & January 22, 1986[/caption] In the early years the firm covered a broad cross-section of projects typical of a regional practice. The backbone of our work was the run of senior-citizen/community centres that continue to support towns and villages along the coast from Shoalhaven Heads to Ulladulla. This early experience laid the foundation for our ongoing involvement in the design of aged care homes and our continued active engagement with community. Our recent merger with our friends at GBB has been another significant milestone as the parallel, and occasionally coinciding, journeys came together with the firms joining forces this year. GBB have a similar 30 plus year history with a long-term employee, Graham Betts, ultimately buying the business. We won't be letting this highpoint in our respective careers go unnoticed and will be celebrating the diamond anniversary in appropriate style in late November. It will also be an opportunity to formally open our new combined office in Crown Street Mall. Watch this space!