An Introduction for Aspiring Architects

by Mark
On a warm and bright morning in March, 12 high school students descended upon Edmiston Jones' Nowra office to get an insight into a local firm and the possibility of a career in architecture. The day kicked off with a presentation by architectural student Hannah Paduch with some clues on how to get into architecture at university.  Hannah had previously completed a week of work experience at Edmiston Jones before she started her architectural studies at the University of Sydney.  With the benefit of some practical inside information the students then let the fun begin. A challenge was set by the imaginative Nowra EJ team for the young budding architects to build the tallest tower from regular plastic drinking straws and sticky tape.  Five groups formed and they started timidly to piece together their basic construction materials in various formations. [caption id="attachment_647" align="alignnone" width="752"] 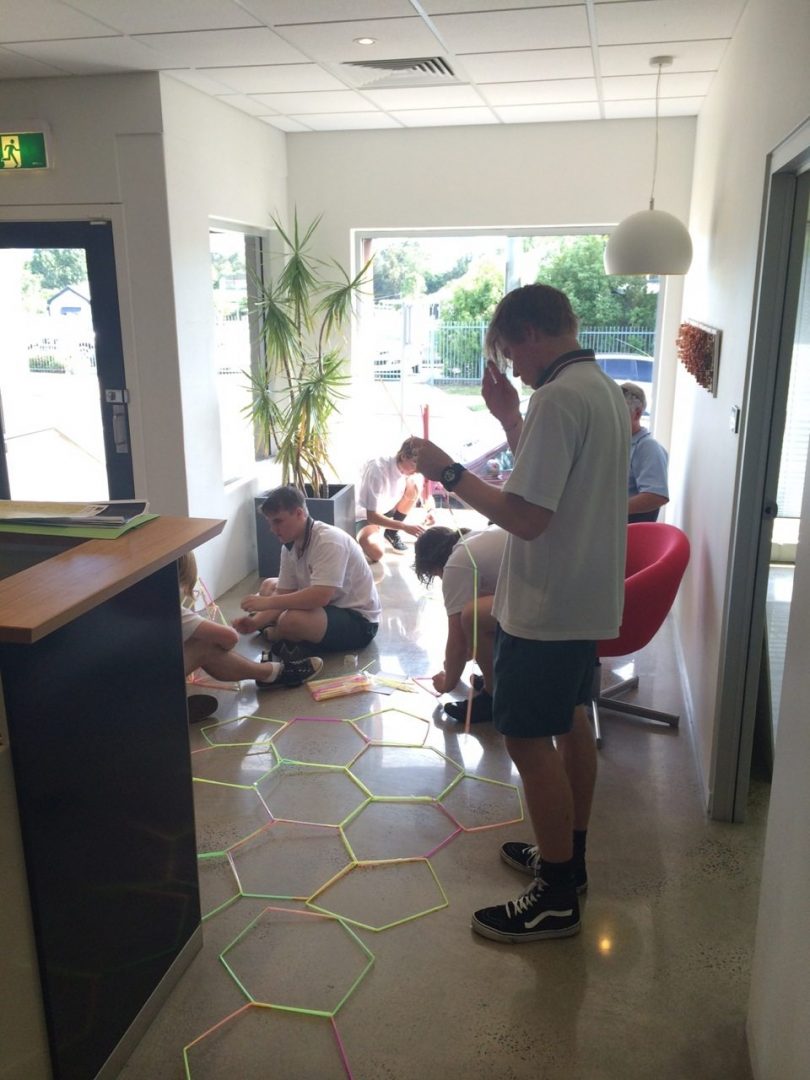 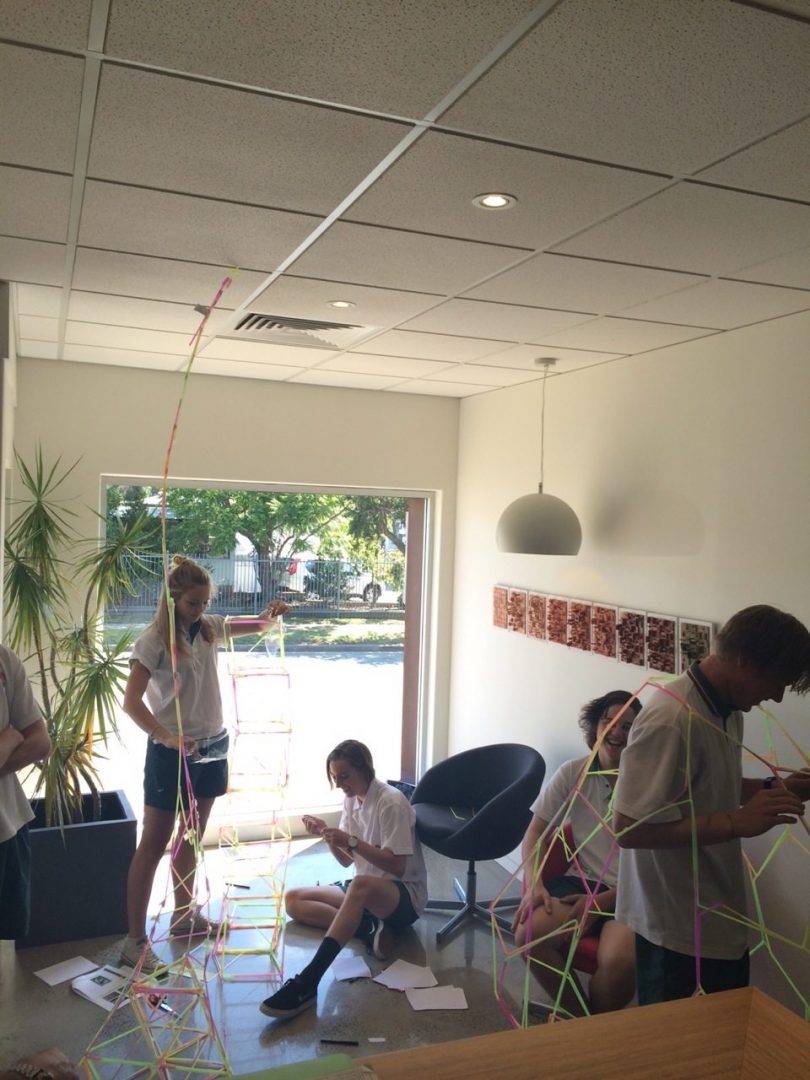 The highest structure[/caption] After the initial shyness was over, the regular rhythm of school kids working could be heard as they spontaneously joked and made fun of each other - with the teacher also in the firing line.  Friendly competition emerged with teams laughing at each others structures offering gratuitous advice on how boring or inadequate they were.  It was a delight to hear the light-hearted banter ring through the office. Amid the chaos, impressive structures began to emerge.  One group favoured hexagons completely ignoring the brief to build a straw ball that they hopped inside. Another group built a box truss structure. Yet another worked on a brilliant triangulated base that held up a flimsy single straw tower with a flag on it. The winning group was the amalgamation of two different towers that they joined together and reached the ceiling of our office unsupported.  Having stretched the rudimentary materials to the limit, this tower was also the first to collapse after the students left!