Architecture and The Humble Food Stand

by Renee
Splendour in the Grass 2013 took me to the North Byron Parklands where I was pleasantly surprised at how far the humble food van and market stalls have come. The ‘pop-up’ concept is now on trend, having disrupted traditional ideas of tarpaulin stalls and dirty kebab trailers. A contemporary breed of tricked up ‘vintage’ caravans, retrofitted shipping containers and prefabricated clip-lock stalls made from plywood serve food as hip and 'new wave' as the music. These neat little structures more than adequately create and sustain a weekend village community of 25,000 people. Music festivals are now experiments in temporary urban planning turning a sheep paddock into thriving community for several days. Higher population densities, the erosion of 'community', over regulated controls and a heightened awareness of sustainable lifestyles has challenged current urban planning precepts. Pop-up commercial activities have shown that retail space can be perceived as temporal, sustainable, recyclable, local and low cost. Could it be that transforming urban communities in today’s uncertain economic and environmental climate might be led by a critical mass of ‘pop up’ installations?  This may just be the mechanism to reinvigorate and sustain local communities. With Wollongong’s first shipping container bar opening soon in Market Street, our Gen Y clients, Sifters Pty Ltd, are experimenting in this low cost, pop-up culture. Edmiston Jones hope to activate a critical mass of pop-up developments to contribute to the rejuvenation of Wollongong's CBD.  An idea we are exploring is a 'container street' activating the rather dismal David Jones underpass leading off Globe Lane. [caption id="attachment_651" align="alignnone" width="380"] 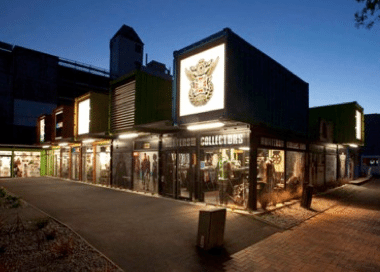 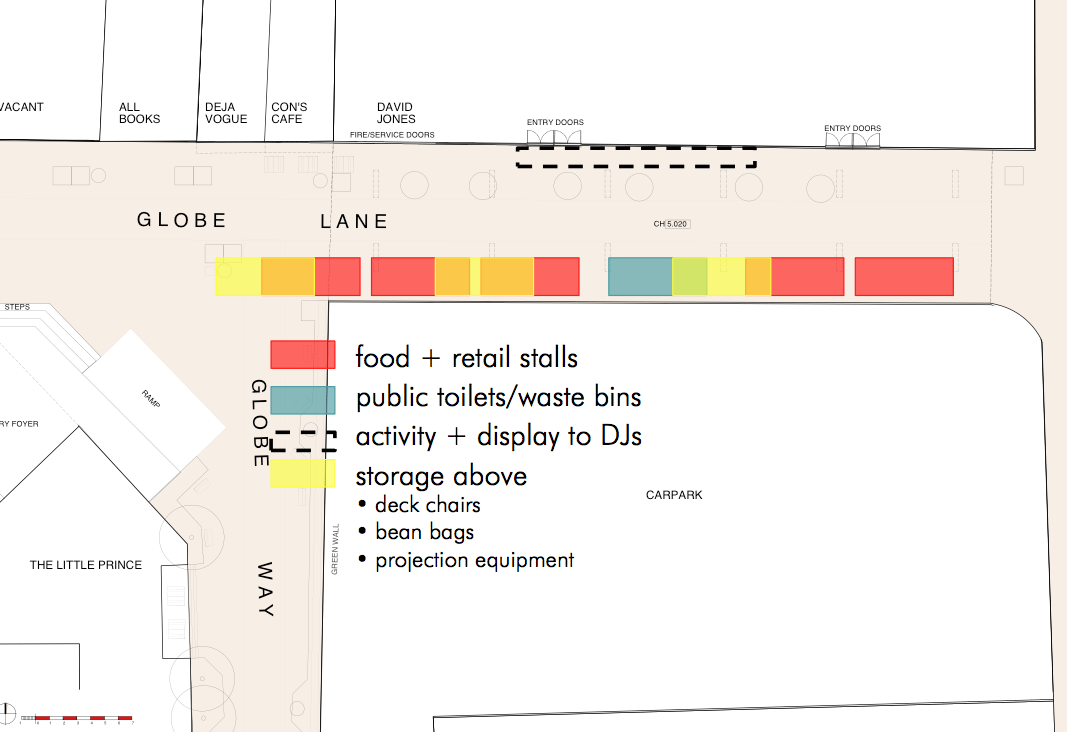