by Mark
Parq on Flinders project reached a significant milestone last Friday with a ceremony to mark the start of construction. Our clients, BRDB, joined by Wollongong City’s Lord Mayor, Gordon Bradbury, performed the symbolic turning of the sod. Future residents gathered with Colliers, Edmiston Jones and members of the consultant team. Neighbours have begun meeting neighbours even before construction has commenced! The 221 apartments will mean that Parq will have about 500 residents forming a village within the city. The potential for creating a real sense of community has been carefully considered from the outset of the design and described in previous blogs (OUR BUILDINGS SHAPE US and THE GATEWAY WOLLONGONG). Substantial landscaped communal space has been designed to accommodate a range of activities. 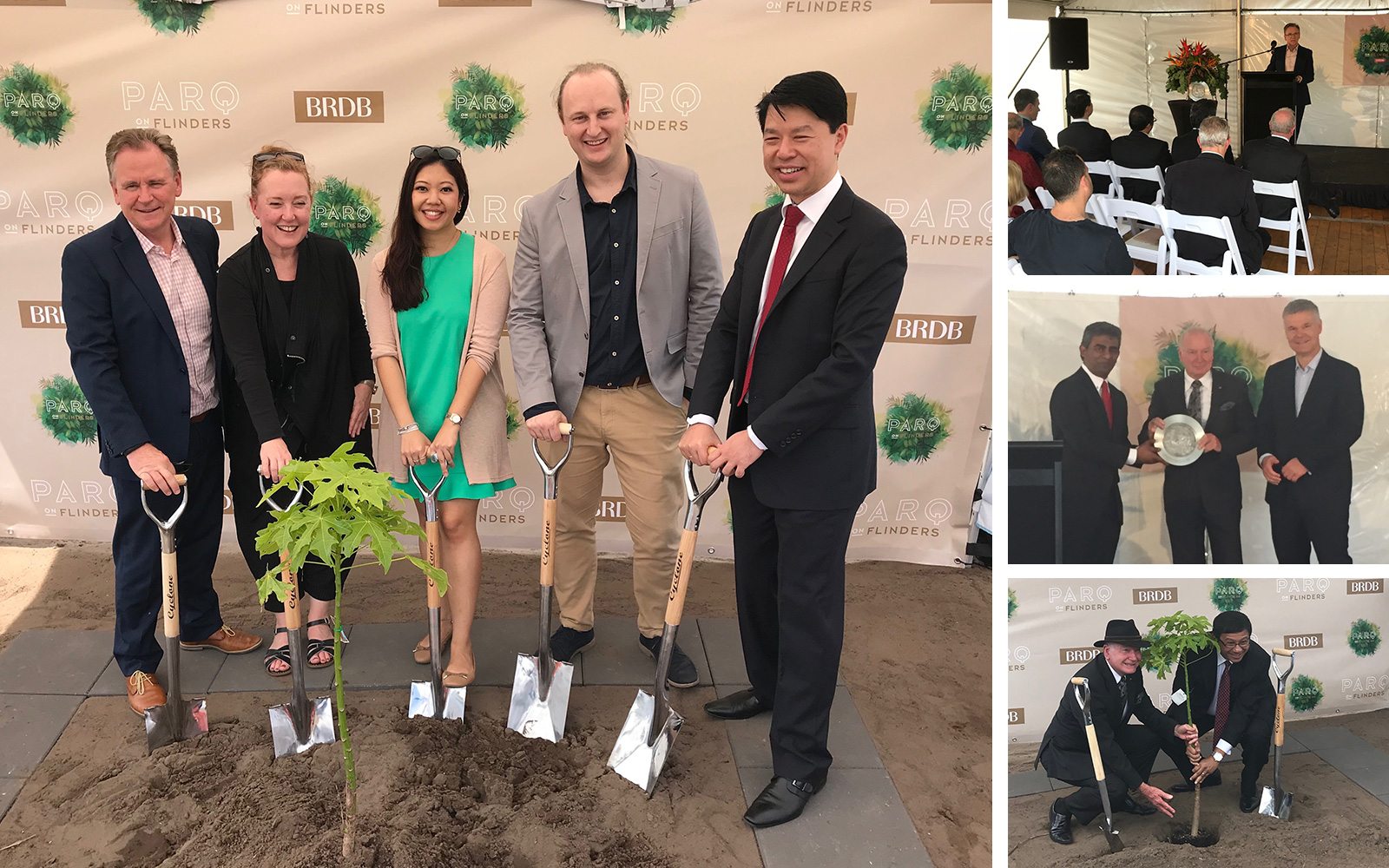 Celebrities from WCC, BRDB, EJ and Colliers attend the opening of Parq. Apartment living is a growing trend with recently released Australian Bureau of Statistics 2016 data showing that one apartment is occupied for every five separate houses. Back in 1991, this figure was only one in seven - and the ABS data for apartments does not even include townhouses or semi-detached houses. Over the past 25 years, the number of occupied apartments has increased by 78%. As the density of Australian cities increases, architects, real estate agents, developers and government are increasingly aware of the need to create greener communities. The health, and social benefits, of green space, is well documented. Last Friday also saw a gathering of scientists and practitioners from universities, government and industry in Sydney for the National Urban Greening Research Forum held at the University of Wollongong Sydney Business School. Dr Xiaoqi Feng, Co-Director of UOW’s Population Wellbeing and Environment Research Lab (PowerLab) said: “With experiments demonstrating contact with green space helps to improve our mental wellbeing, physical health and overall quality of life, we need to identify what types of green space matter - where, when and for whom.”