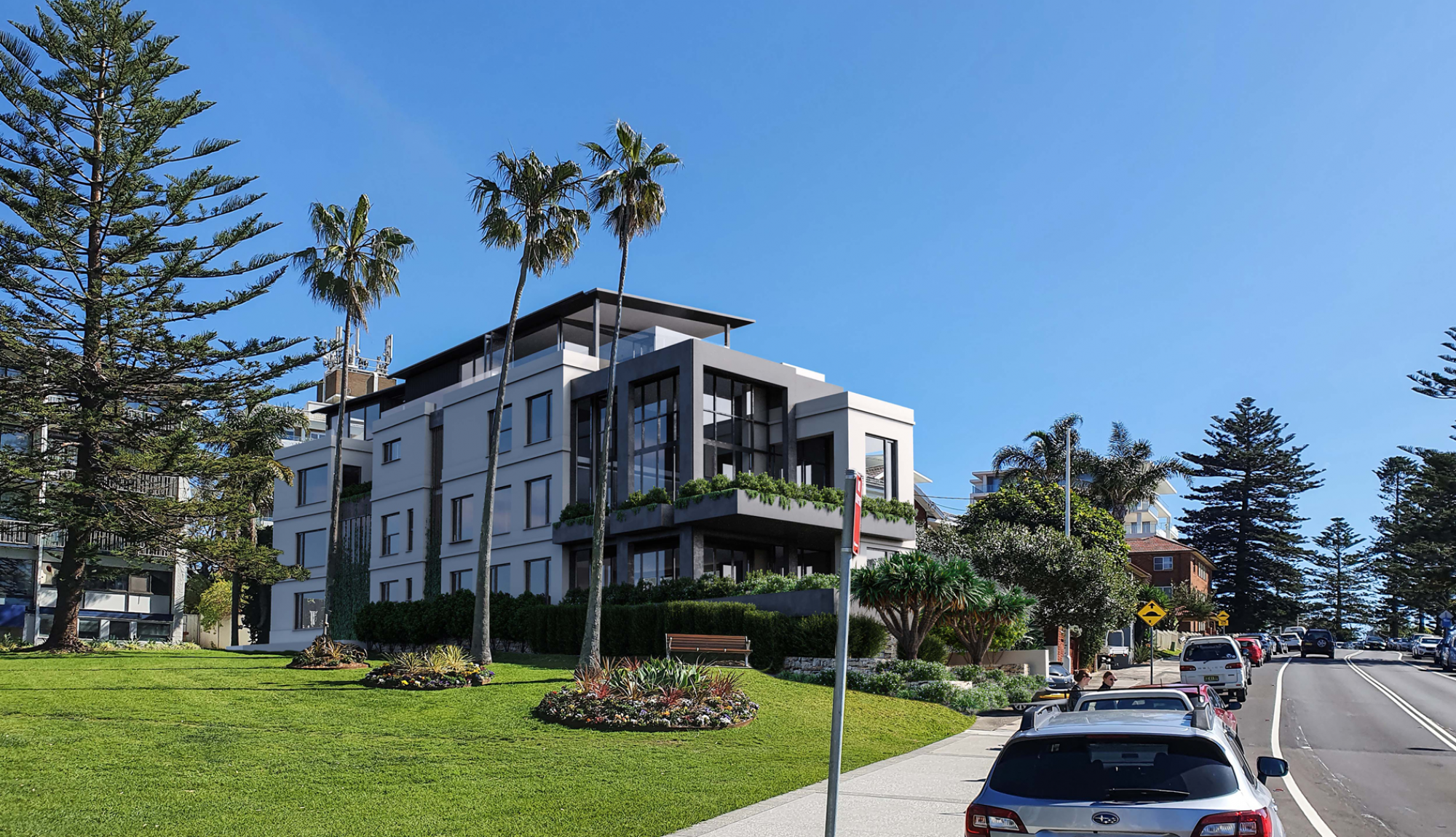 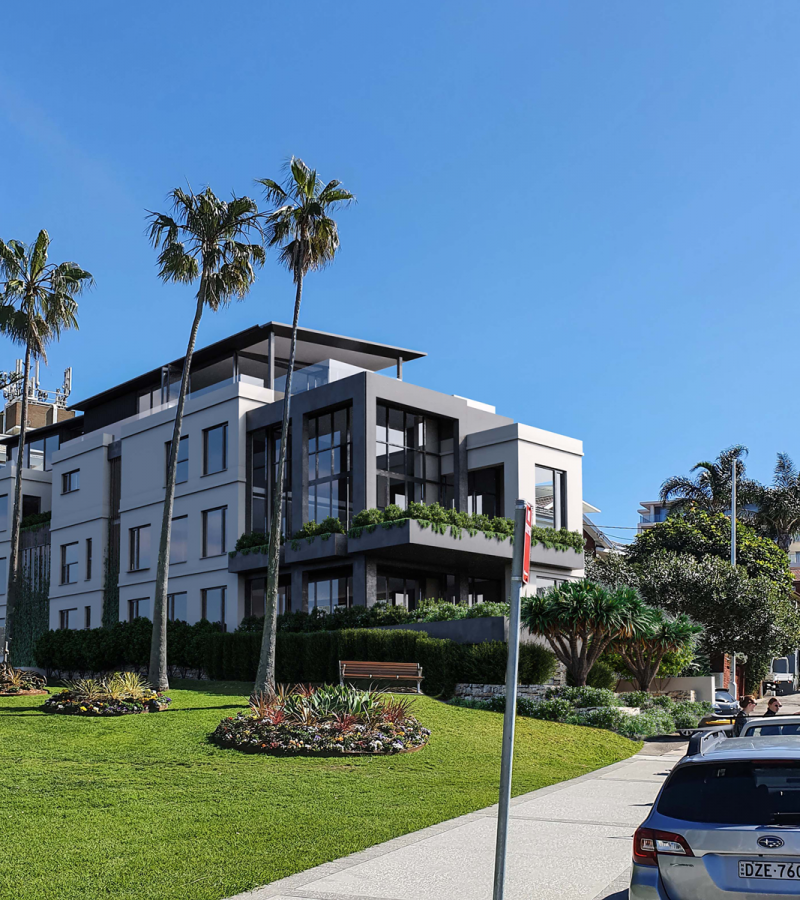 The revised Development Application for two units on a narrow Cliff Road site was submitted in the last week culminating years of evolving a design in consultation with our clients and negotiating the approval process.

The initial approach to the design referenced the arch as a motif that had precedents in local historic buildings and seaside architecture. The strong, dramatic form was rejected by the Design Review Panel, seen as having excessive ‘bulk and scale‘ for the context, particularly in the current state of the precincts evolving character.

Subsequent contextual analysis verified that the desired future character of the area supported a four-story building that stepped back from the street minimising the visual impact and providing a subtle transition to Osborne Park. The proposed development terminates the Cliff Road streetscape at the southern end before opening up into the expanse of Osborne Park. 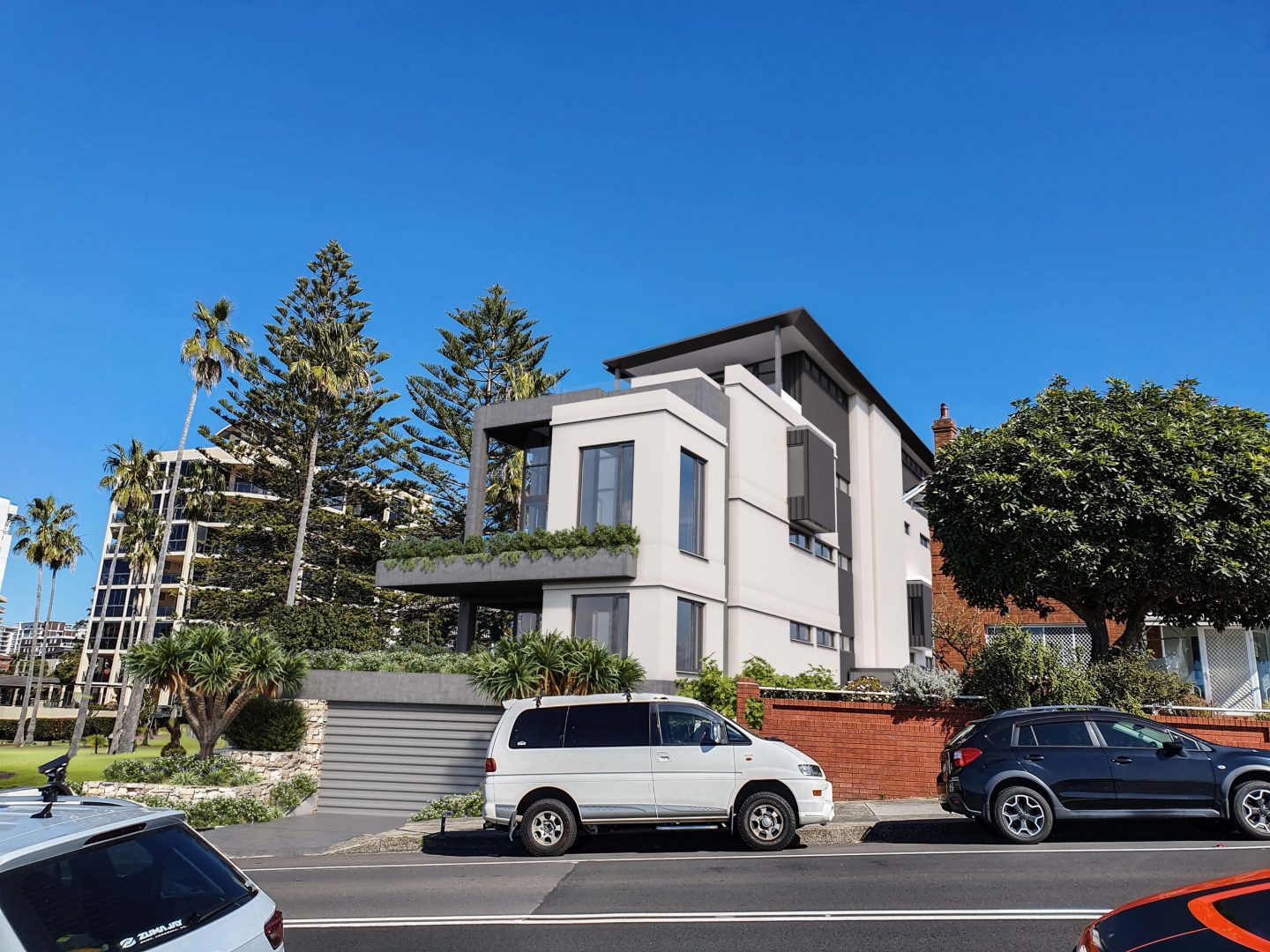 The design progression resulted in a cohesive aesthetic with a building that exposes a significant proportion of its perimeter to the public eye. Architecturally, Edmiston Jones has created an integrated design that reads as a single entity breaking away from the prevailing layered style dominating the city’s contemporary architecture. From the owners’ perspective, their comfort was with an aesthetic with classical references giving a stately, dignified appearance. The resulting design achieved these objectives while recognising the transition between the eclectic architecture of Cliff Road and the historic significance of Belmore basin and Osborne Park.

A limited pallet of materials was chosen to further unify the structure. The bulk of the building form is rendered masonry with off white concrete frames to terraces left in a natural finish with colour integrated in the material. The upper level, setback from the building footprint, finished with a lightweight fibre cement cladding charcoal with this material extending down the northern facade to ‘lock‘ the fourth floor to the bulk of the building.

The final design sits comfortably in the current context and will be consistent with the desired future character providing a gentle transition to the park as sites to the north are consolidated and developed to the permissible height.