by Gabe
I had the pleasure of attending the international Improving Residential Energy Efficiency (IREE) Conference at the University of Wollongong last week. My take away was that, in practice, the energy efficiency of Australia's housing stock has made negligible progress in the last decade. My frustration was shared by several presenters. Mary Casey from the Living Future Institute of Australia said, ‘here we are 10 years later still talking about energy efficiency when we should be talking about net zero or net positive housing’. The conference speakers addressed the usual energy efficiency suspects, insulation, mechanical ventilation, glazing, temperature control and air tightness, however research into co-benefits broadened the discussion. Promoting the results of these investigations could be the key to unlocking energy efficiency as a priority for the general public and therefore get the attention of our politicians. Key co-benefits are improved health and lower mortality rates for the most vulnerable in our community, quite apart from increased re-sale value of houses and reduced energy bills. The conference speakers cited several studies where poorly insulated houses were directly linked to respiratory and cardiovascular disease, depression, infection and, at times, death. This is due to wide ranging indoor temperatures and the increased chance of dampness. A simple retrofit of dwellings with added insulation, new windows and improved air tightness in some cases resulted in a 50% saving on energy bills while maintaining a more comfortable, and healthier, indoor environment. New Zealand academic, Dr Phillippa Howden-Chapman gave the key note address on the second day of the IREE Conference. Focusing on better insulation and draft exclusion in affordable housing, the benefits of eliminating cold, damp indoor conditions were measured. The result - an overall cost benefit ratio of 4:1 for children and a staggering 6:1 for older people! Children spending an average of 2 more days at school in winter was just one example that demonstrated the long term benefits of retrofitting for a healthier living environment. At Edmiston Jones GBB, we promote retrofitting as one of the most sustainable building techniques following Carl Elefante’s mantra, "the greenest building is the one already standing". [caption id="attachment_3120" align="aligncenter" width="796"] 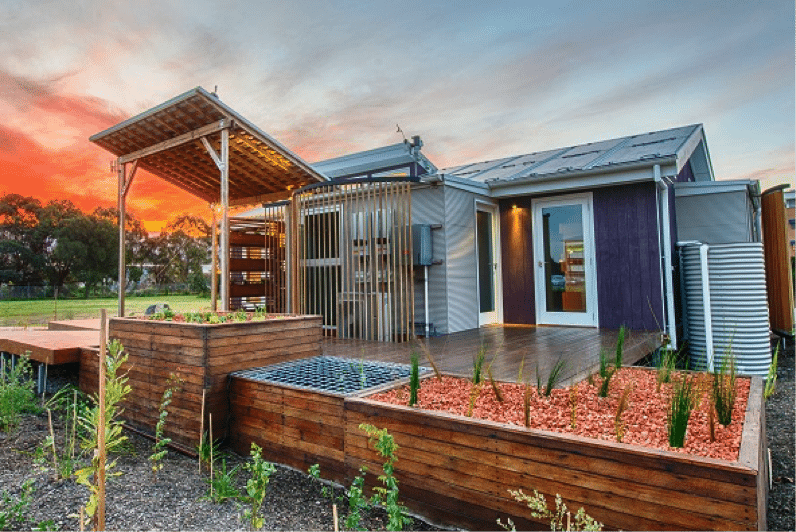 IREE conference attendees were taken on a tour of a great example of a retrofitted house, the Illawarra Flame. Edmiston Jones GBB mentored students on this zero energy project which won the international 2013 Solar Decathlon.[/caption]