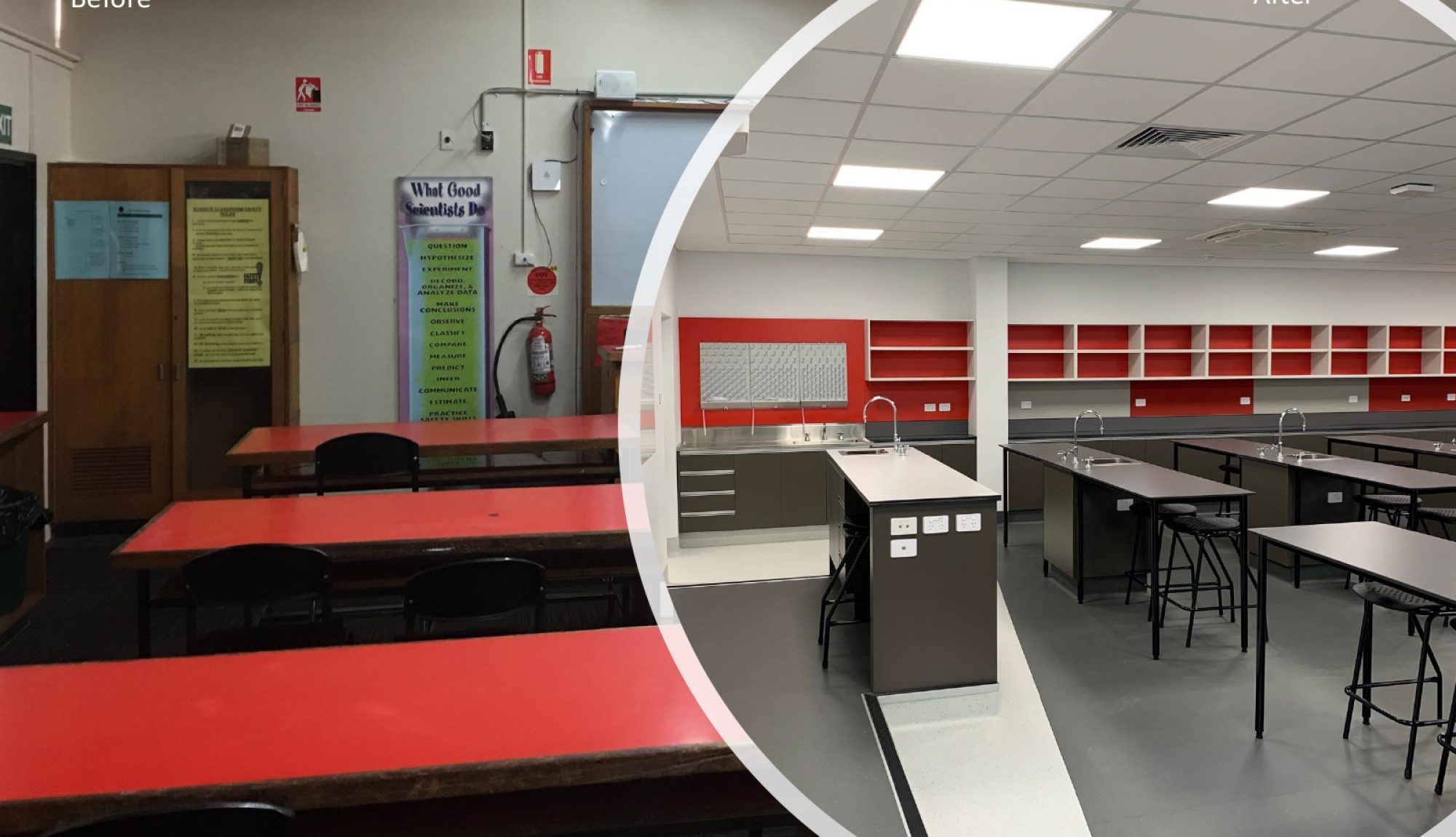 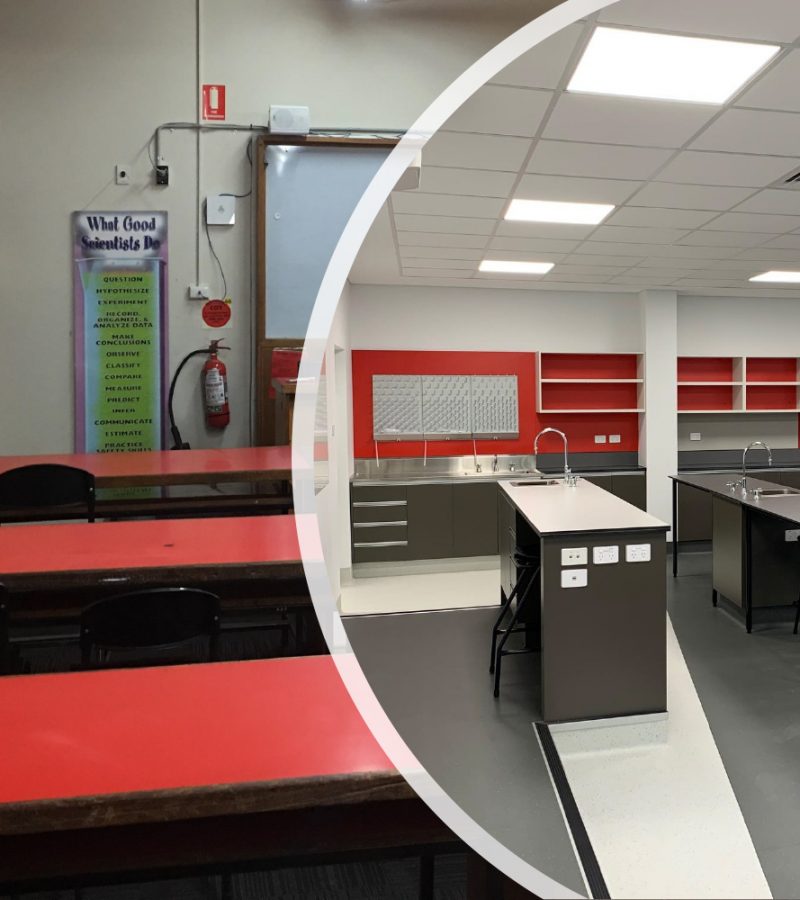 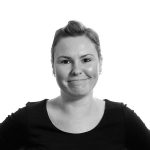 We take a look at the colour spectrum of the newly refurbished Science Rooms at Edmund Rice College continuing the story of the original rainbow labs.

Edmiston Jones continues to work closely with Edmund Rice College to deliver new and inspiring places for their students. Adding to our existing portfolio of work are the newly refurbished Science Laboratories. Our brief was to bring the existing 1970s science labs and teachers preparations areas into the 21st Century.

Leo and Martin of Edmiston Jones team both attended the College in very different decades however both have very vivid memories of the colourful science labs.

Martin recalls chemistry lessons in the new bright yellow science room during the late 70s. He remembers that the science labs were the ‘distincive, high tech spaces’ where experimenting with fire and chemicals made him feel like he was entering into the adult world. Leo learnt about physics in the red lab during the late 90s and was reminded that, through colour, these were spaces where you had to be on high alert. The bright red, yellow, blue and green communicated that you were in a different space to the General Learning Areas and that the subject matter was somehow dangerous or involved a certain level of risk. 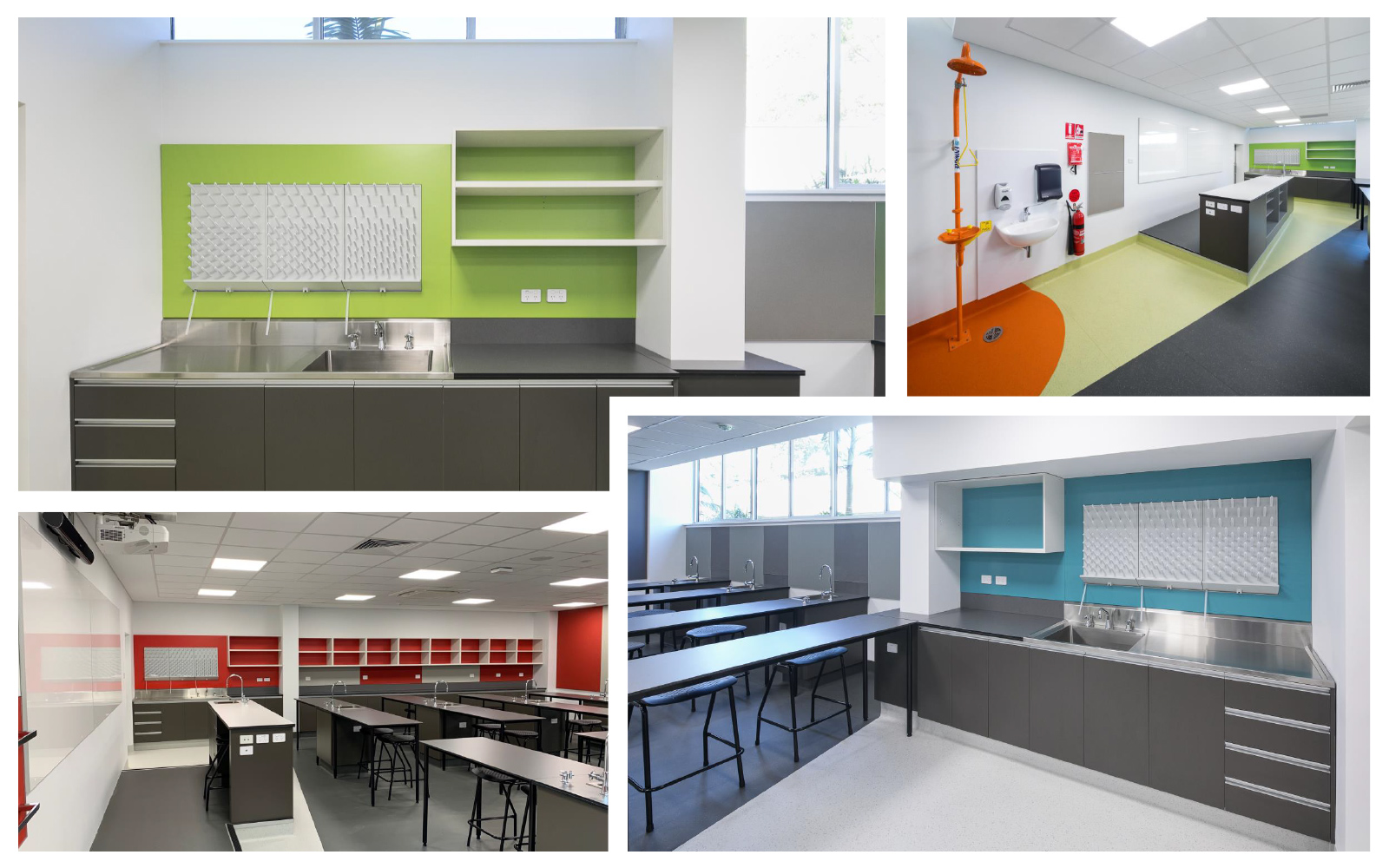 The introduction of colour by the school very early on in the school’s history has created long lasting sensory memories and a deep feeling of nostalgia with past students. With such strong emotional connections, Edmiston Jones wanted to ensure that the legacy of the rainbow labs continued into the future.

The end result is an experiment in colour. The red, green, blue and yellow, a colour scheme in its execution could simply be paint on the walls however through the clever detailing of cabinetry and pinboards, colour becomes an interactive and dynamic element. Colour holds the individual laboratories cohesively together while giving individuality to what could have been four identical rooms. The hope is that stories of the rainbow science labs continue with both the old and new students for the next 50 years.

The Science Labs open for use in term two. We look forward to working with Edmund Rice College on their next inspiring space.