by Emilia
My sister Sonya and I organised a trip to Canberra for the Australia day long weekend so we could visit the James Turrell: A Retrospective exhibition at the National Gallery of Australia (NGA).  James Turrell is an American artist who uses space to create installations of light to engage the audience. What was fascinating from the exhibition was how Turrell transformed the gallery spaces of the NGA just by the use of light.  The exhibition shows that light comes in a spectrum of colours, so for the audience to see the different colours of light staying more than 10 minutes in a room is recommended.  My sister and I both experienced the same effect in one room where the colour of a pastel pink light became a bright neon pink light after ten minutes, and when leaving the room we saw the white walls as a light tinge of green. [caption id="attachment_1282" align="alignnone" width="450"] 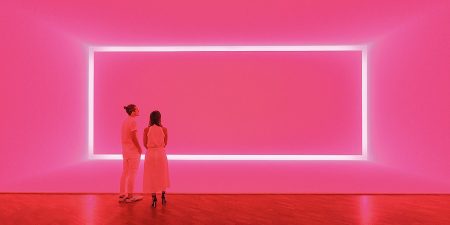 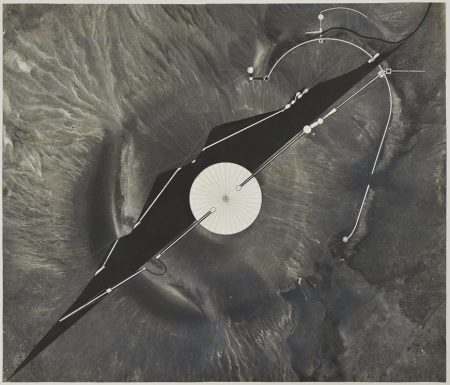 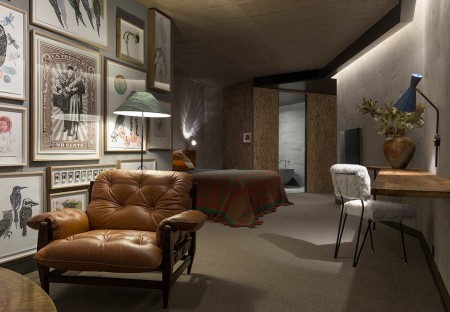 Sonya and I loved Hotel Hotel, which is a mixed-use building by Fender Katsalidis Architects, where we stayed in the 'meandering room' for a night. Hotel Hotel’s interior design is a collaboration between 56 artists, makers and designers. The entry staircase was design by March Studio and constructed from more than 2160 pieces of recycled timber.  The hotel rooms are styled as a reimagination of the Australian shack. 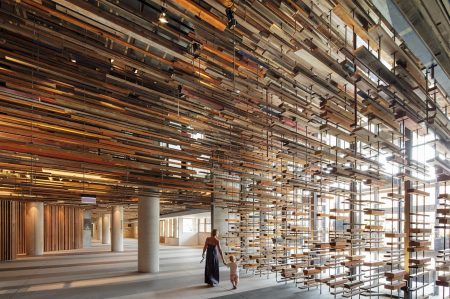