by Steven
Roads and Maritime Services finally released their preferred option for the new bridge over the Shoalhaven River last week. Most importantly, this option suggests that the historic iron bridge will be retained for use by cyclists and pedestrians. Thankfully, this news is contrary to the RMS’s position in 2014 which proposed that the bridge be removed. At that time Mark posted a blog, arguing against removal and proposing a more sustainable approach where the retained structure might become “…a pedestrianised hub where markets or festivals could be held.” At the time I was quoted in the media noting that, “the bridge has been an important item of infrastructure in the history of NSW for over 120 years and has state heritage significance. While we appreciate the limitations of its deterioration and the maintenance required, it would be a disgrace to lose this icon. The removal of vehicular traffic from the bridge would reduce the loads on the structure and minimise maintenance.” The new proposal has stimulated debate locally and there are some aspects of the design that will need to be considered in more detail. The new bridge has been one piece in the puzzle of dealing with increased traffic volumes through Nowra, a puzzle that has been decades in the making. 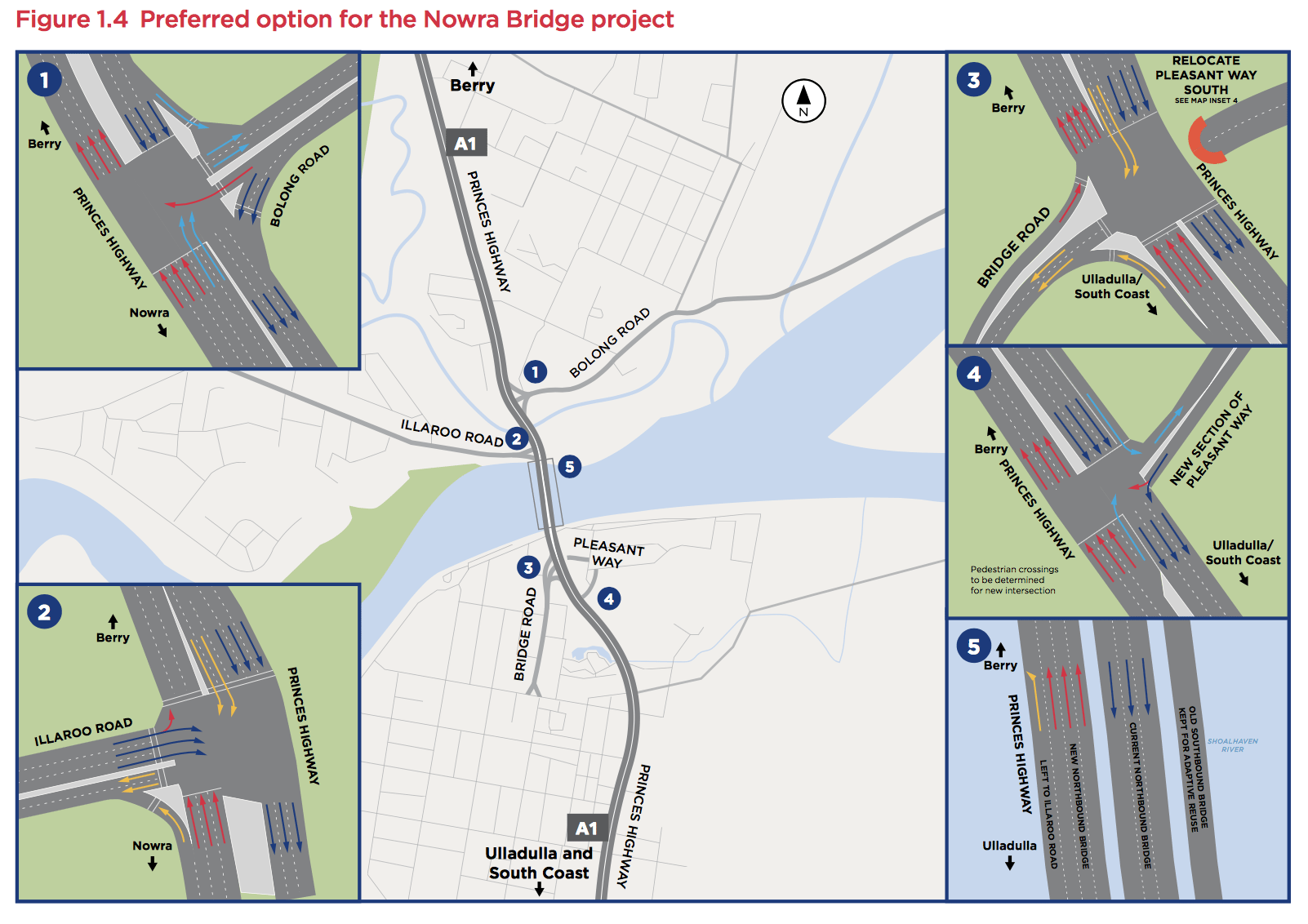 The RMS preferred option is a new four lane bridge immediately to the west of the current three lane concrete structure to take north-bound traffic. The existing concrete bridge will be used for south-bound traffic. One of the main problems is the Illaroo Road access to the Princes Hwy where, despite being upgraded to three lanes, there is no dedicated left turn lane. The proposed new structure certainly achieves the RMS objective with a minimalist design however, in my opinion, a bridge that is a statement at the entry to the Shoalhaven’s commercial and civic hub would be more appropriate.