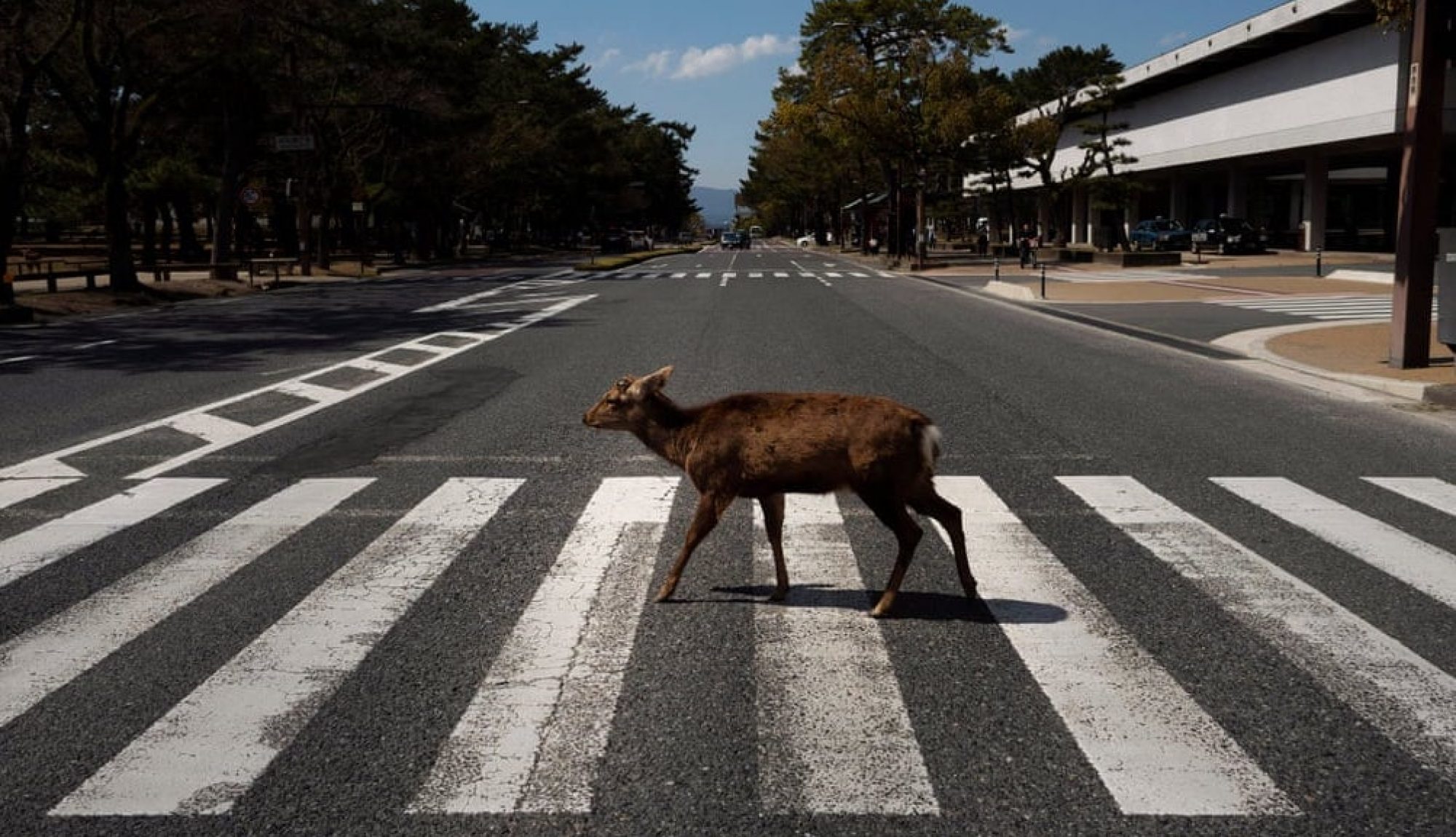 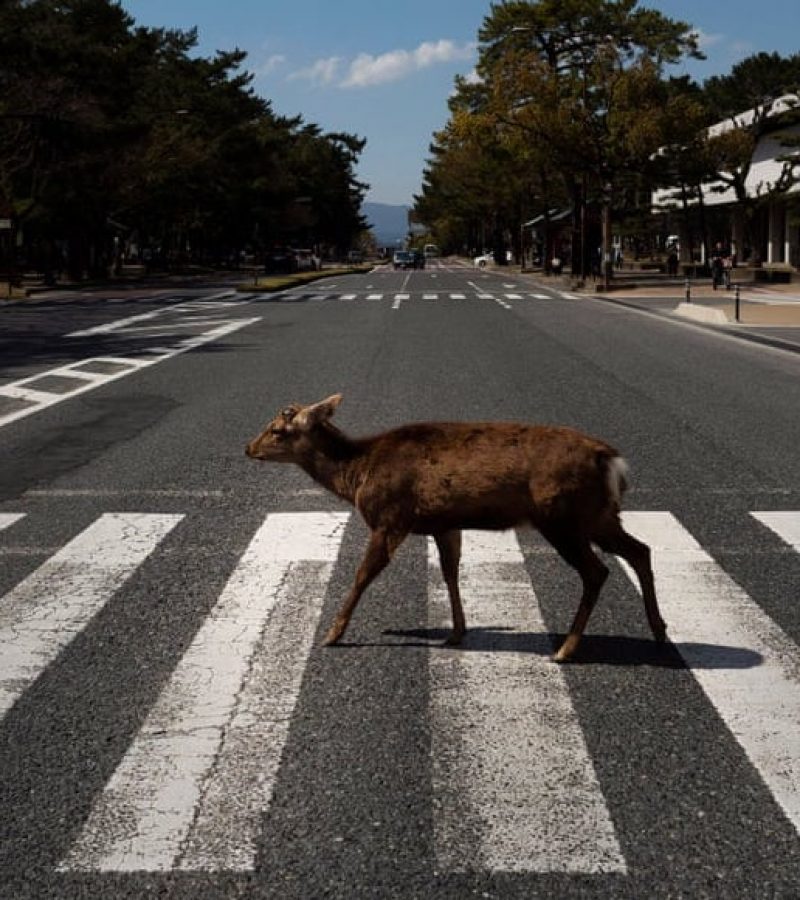 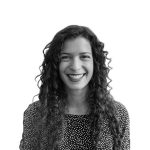 Animals are making the news all around the world wandering through now empty cities. Wild deer in Nara (Japan), mountain goats in Wales, fish and ducks in the now clean Venice channels…

Why are animals entering the cities? Some benefit from getting food easily and security from predators. Others may be just curious about the absence of humans. What is clear is that the presence of creatures often signals a nourished environment, like finding earthworms in your veggie garden.

Generally, conditions are that the increased presence of people correlates to a reduction in flora and fauna. Urban theories have long argued the need for nature in our cities but very few urban environments have achieved a symbiosis where animals and people live in harmony.

Why can’t there be a balanced and shared environment that benefits us all? For example, in the Ethiopian city of Harar, hyenas visit the city after dark and clean the streets of scraps. For generations their presence is embraced instead of feared and the respect seems mutual. The city’s expansion now threatens this species.

Ebenezer Howard, in his “Garden City” utopian theory, responded to the declining life quality after uncontrolled urban growth following the Industrial Revolution. He wanted to integrate country and city with balanced zoning.

Ildefons Cerdà’s Plan for Barcelona, included very strict bylaws in order to maintain his desired living standards, but from 1859 to 1972 the original 50% floor area to site area ratio and the height limit were encroached by new buildings that densified the city and reduced the open space.

Observing the worldwide lockdown, it looks like significant changes only happen when humans are pushed to the limit. Who would have thought that wild animals would come back to the cities, that air pollution would drop so significantly in a matter of weeks – or even that our entire office would be able to fully work from home? What innovative urban and ecological strategies integrating people and nature could be considered now we have healthier cities?

Falling into a pool, after being pushed, can show that we are not only able to swim but perhaps even enjoy the cold water and discover things from another point of view. It’s scary at first, but we have seen it can happen – and can be repeated!