by Mark
On the 3rd May, I had the privilege of giving the occasional address at the University of Wollongong Shoalhaven Campus graduation.  As part of my chat with the students I said, “ It is a privilege to be part of this significant milestone in your professional careers. Hopefully, you will leave this ceremony thinking about how you will grow, what you will gain - and how you can give back to the community. My background, I suspect like many of yours, has been grounded in regional Australia. You will hear a lot of chatter in the media about urbanisation and smart cities. Much of what we see, at a political level, are city-centric solutions transposed to a regional context. If you look at the papers, you would be forgiven for having the impression that intelligence and culture can only be found in the city. So not true! ” [caption id="attachment_2195" align="aligncenter" width="691"] 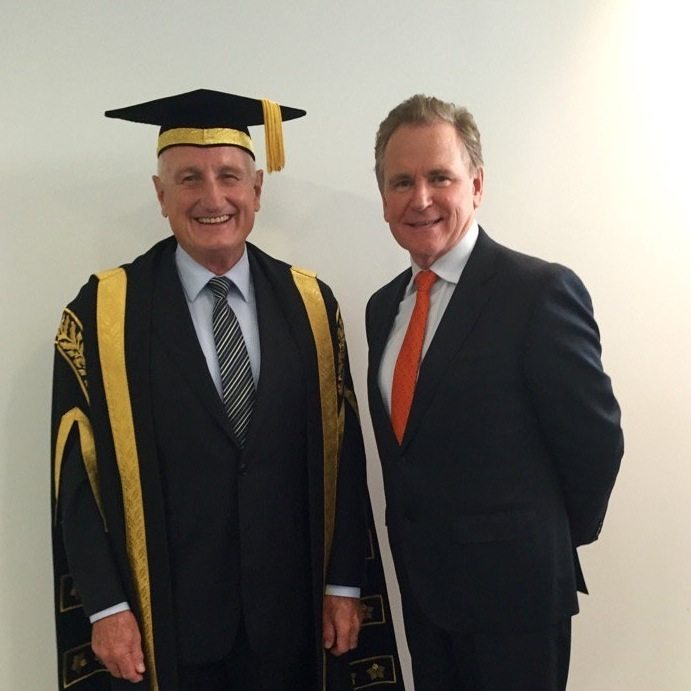 Myself with UOW Deputy Chancellor Noel Cornish[/caption] In a recent speech the CEO of the Regional Australia Institute, Jack Archer, noted: I encouraged the University of Wollongong graduates to leave the ceremony proud of their education at a regional university. You will hear talk of ‘the sandstones’ – those long established institutions with grand masonry buildings and formal courtyards. The sandstone of the Shoalhaven campus is still in the ground - literally forming the foundation of the campus. Our courtyard is a vast expanse of the Australian bush.”