by Mark
I need to correct a recent blog, The Idea of Home, which cited Australia’s reputation for having the largest homes in the world. We have been knocked off this dubious pedestal by the United States where new home sizes averaged 250m2 last year. A report from CommSec shows that the average size of a detached Aussie home has fallen to 231m2 in the 2015-2016 financial year. Apartments are also shrinking to an average of 141m2 falling in that period from a peak of 144m2  in 2004-2005. While the size of our family home has shrunk, it still remains 10% larger than 20 years ago and 30% larger than 30 years ago. It is little wonder that housing has become less affordable with 30% of Australians abandoning the aspiration of home ownership and living in rented accommodation. Steven raised the complexity of providing affordable housing in a blog last year (July 2016) and now the topic has risen to the top of the political agenda. 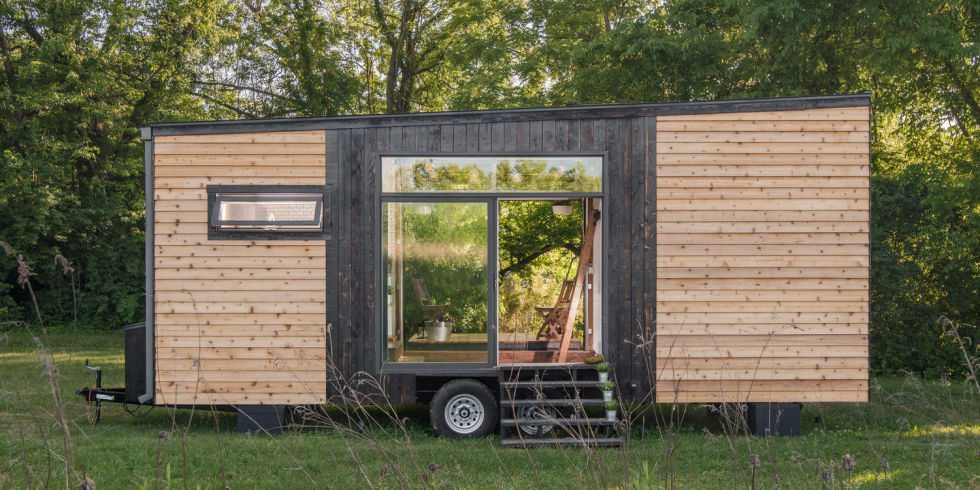 The ‘tiny house’ movement has gained increasing popularity in this context and is seen as at least part of the solution to affordability. The movement originated in the US in the late 1990’s and while largely a response to economic factors, for many it is also driven by the desire for a reduced environmental footprint and living more sustainably. Tiny houses also lend themselves to communal living where resources and the underutilised spaces we traditionally had in our family home can be shared. The large dining room for the Christmas gathering, the extra bedroom for occasional guests, the workshop and perhaps, as I saw in Denmark, even the laundry can be shared spaces with the added benefit of serendipitous social interaction. Moving to a tiny house is not without its challenges. Local and national building codes determine what is considered habitable. Real Estate agents drive what is seen as marketable, flagging resale value as a driving consideration. If the decision is made to have the tiny home on wheels (a caravan by another name!) then another raft of regulations apply. This model is particularly applicable to seniors seeking to downsize to release funds for retirement and have a home that takes less time to maintain. As 50% of the current housing stock is occupied by only one or two people, encouraging older Australians to relinquish the family home has the added benefit of releasing housing stock for families. Another win for affordability – and the environment.