by Mark
The University of Wollongong have announced their success in the international Solar Decathalon bid.  (http://media.uow.edu.au/news/UOW118282.html) Architects Edmiston Jones had the privilege of working with University of Wollongong students on their submission into an international competition for energy efficient housing to be assessed under 10 criteria, a solar decathalon.  The design philosophy put forward in the Solar Decathlon submission was captured in a quote by Carl Elfante, “the greenest building is the one already built”.  Mark Jones and AEJ staff worked with UOW students to develop a design concept based on a brief: the retrofitting of a typical three-bedroom fibro clad cottage for a retired couple down-sizing their accommodation. The University prepared a submission to the United States and a parallel competition in China.  The good news is that the UoW/TAFE team won a place in both countries!  Faced with the dilemma of choosing which competition to join, the UoW selected China as the appropriate opportunity for our region and the University. The project resonated strongly with Architects Edmiston Jones.  Their longstanding interest in the adaptive reuse, and retrofitting of buildings as an environmentally sustainable solution, is evidenced by the firm’s own offices.  The Wollongong office started life as a scout hall, while the Nowra office is a converted engineering parts shop.  AEJ live by the design precept of seeking to minimise the use of limited resources (see previous posting). 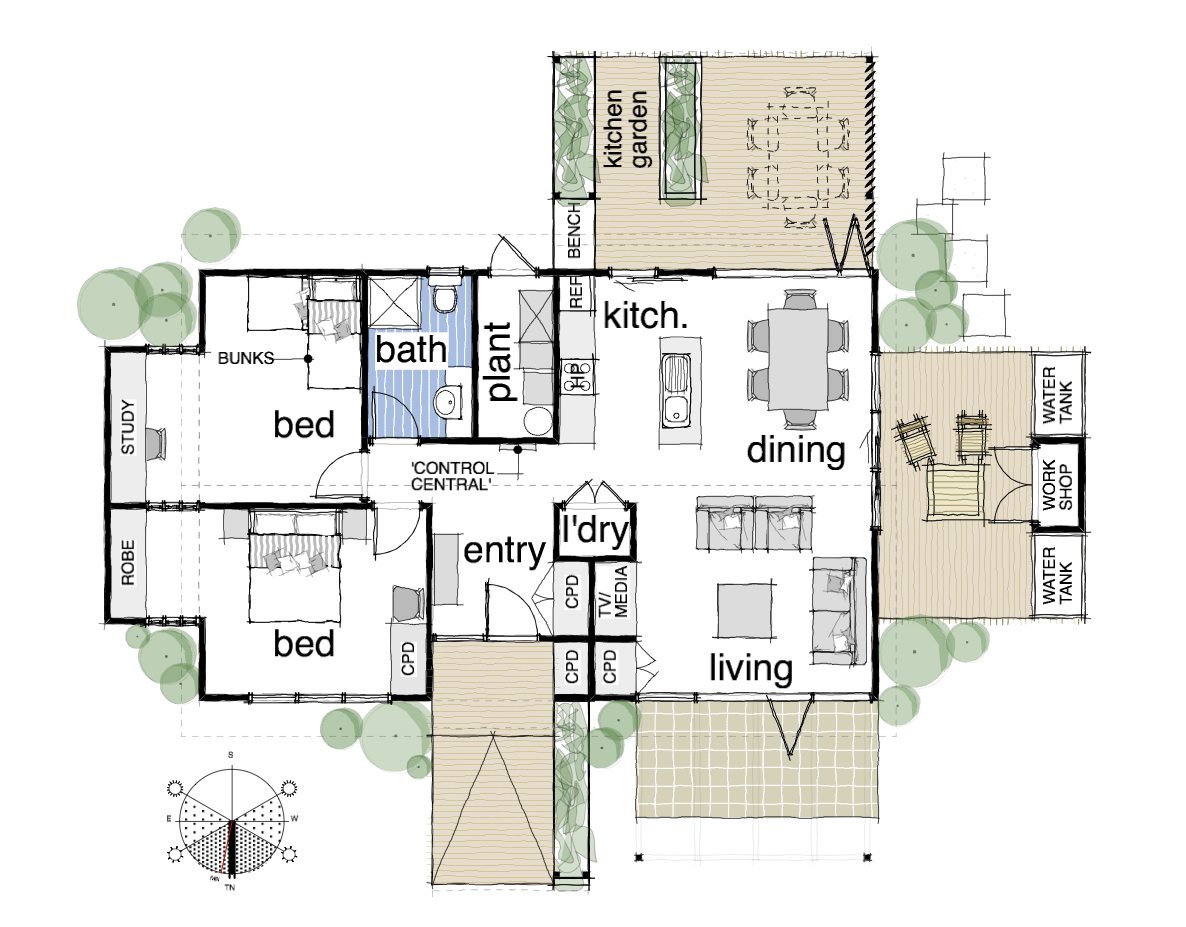