by Mark
Illawarra Shoalhaven Medicare Local selected Edmiston Jones to design and document the Nowra Super Clinic.  This important facility for the Shoalhaven community will cater for a wide range of emergency and after hours medical services to be provided by GPs and specialists as well medical students in training. The Super Clinic’s setting between the Shoalhaven Hospital and the new Cancer Care Centre could have been taken for granted however, as locals, we were aware of a magical bush walk just below the cliff top site.  We also sought inspiration from the work of Shoalhaven luminary, Arthur Boyd, one of Australia's greatest painters.  Boyd purchased a property on the Shoalhaven River, where his depictions of the infinite variety of this magnificent landscape fuelled his artistic imagination until his death in 1999. The natural environment captured in Boyd's images of the river with its filigree of trees shrouding rock formations and caves became the inspiration for the built form of the Superclinic.  The steep cliff faces of the riverbanks, softened by layering of eucalyptus trees, all mirrored in the still waters of the Shoalhaven River have been reflected in the design of the façade.  Rooms within the facility are clustered into functionally related spaces and these blocks were easily represented externally as 'cliffs' separated by the entry points to the building.  The clinic is accessed through randomly spaced irregular posts simulating trees supporting the canopies above. The outlook from the building across the Shoalhaven River is one of the most delightful views in Nowra.  The cliff top theme is reinforced by the articulation of windows setback from a seemingly arbitrary facade.  Occupants of the building will have the feeling of peering out from a cave encouraging a sense of enclosure and security.   [caption id="attachment_621" align="alignnone" width="309"] 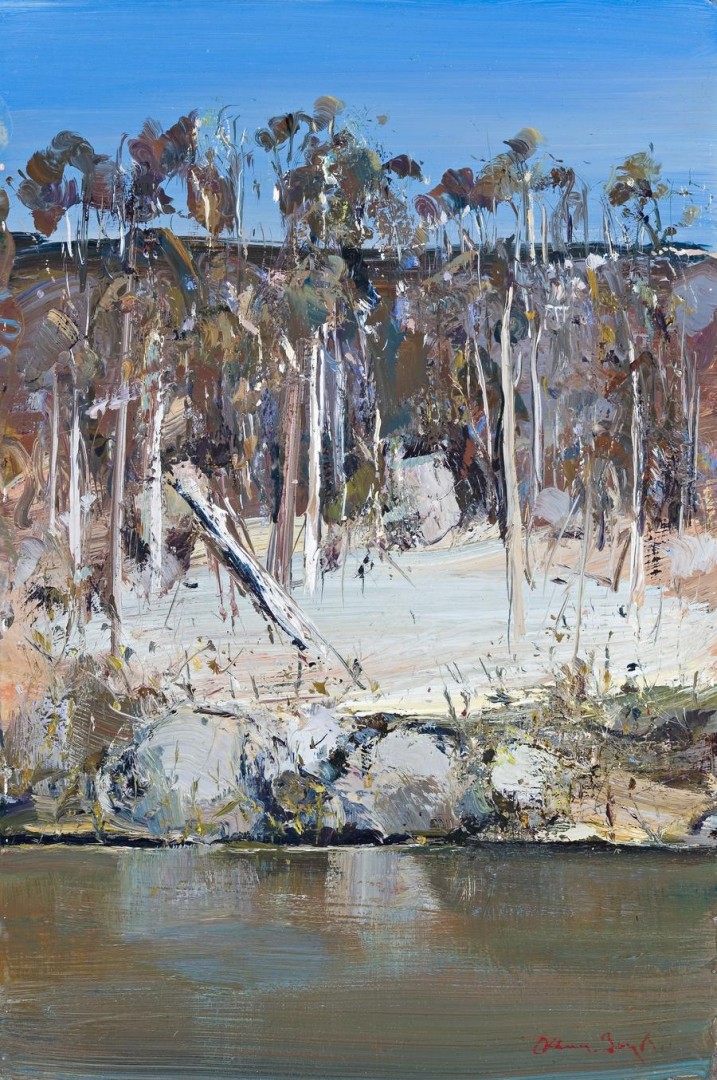 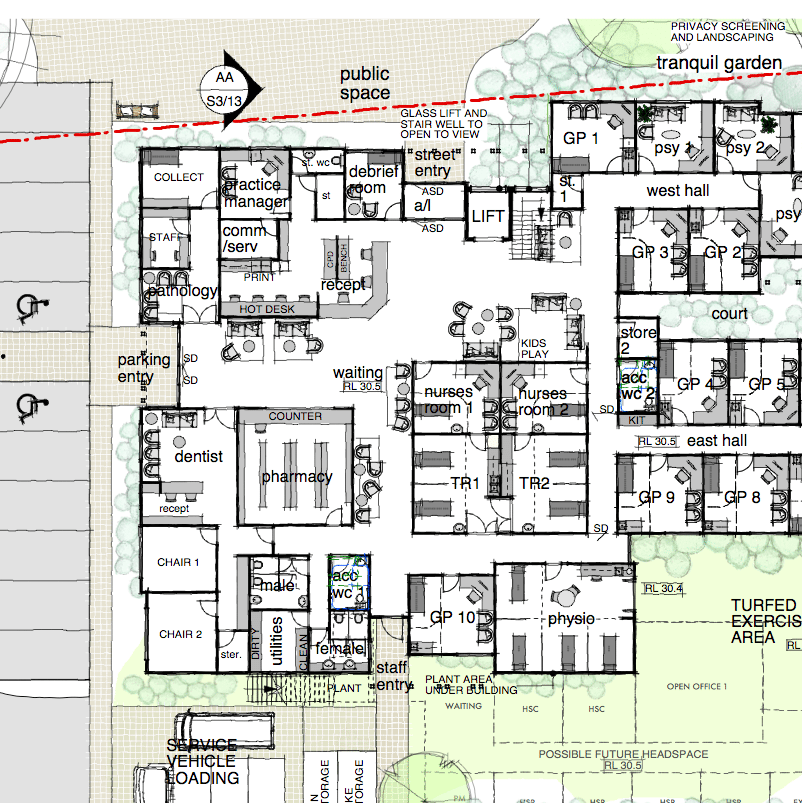