by Mark
My collaboration with the University of Wollongong’s Solar Decathlon has come full circle with the Illawarra Flame House reestablished on the Eastern Campus.   As the first Australian team to enter the prestigious competition, and then gaining the 'gold medal', the project is an inspiration to the city and highlights our focus on innovation. After deconstructing the house in October last year it was then placed back into 9 shipping containers for the long sea voyage back to Australia to be re-built for the fourth time.  It is the first building in what will become 'Sustainability Street' demonstrating evolving technologies that will reduce the energy consumption and the carbon footprint of Australian residences.  Hopefully it will be a street of Solar Decathlon winners!

‘Architecture that celebrates human life, not itself’ was the citation awarded to the Illawarra Flame by a jury of international architects.  This tribute still resonates and holds true in the new Wollongong location.' 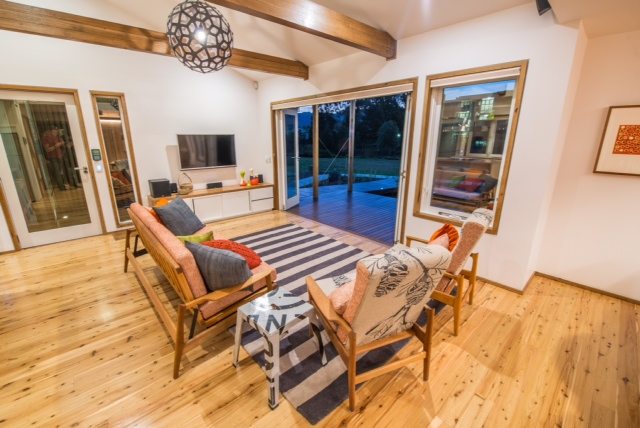 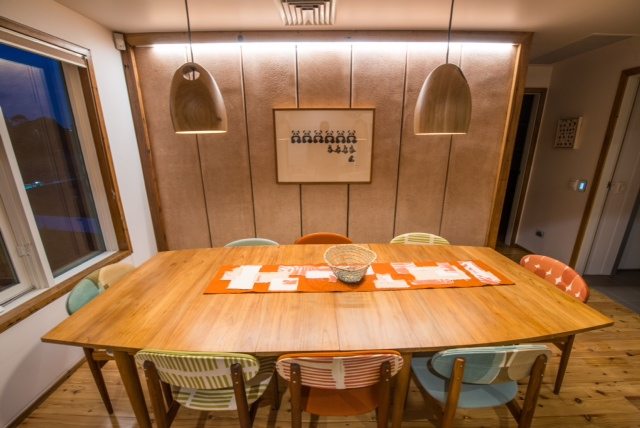 Dining room and thermal wall[/caption] PhD students are now interrogating the design, the cost and technology to see how the ambitious principles can be applied to renovations of existing residential building stock and, in particular, the humble 'fibro' cottage that was the foundation of the Illawarra Flame project.  Millions of these basic homes exist in suburbs throughout Australia and much of the material from the 'knock-down-rebuild' default will go into landfill without a coherent strategy for retrofitting. Continued education is required for Australians to accept smartly designed modest dwellings optimized to meet their real needs.  In the fifteen years prior to 2011, the average newly built Australian house grew by 10 percent to over 240 m2 - meanwhile the number of people per household decreased.  We have the ignominy of the largest houses in the world!